On the night of Friday January 18th, the first snowfall of the year 2014 began falling on Tsukuba City. Before it was able to blanket the area in white, it partially muffled the sound of sirens, as police-cars raced towards the Amakubo SAKARIBA- the Entertainment District which lies between the Tsukuba TX terminal and the Oikoshi Campus of Tsukuba University ( a ten minute walk from each).

At 10:30 PM, a called came into the 110 emergency HOTLINE from one of the employees at a club called HAPPINESS. The distressed caller reported that a customer had been stabbed. 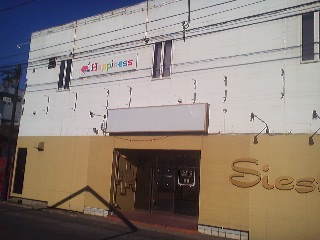 The victim, later identified as Mr. Koji Ueno of Ozuna, Tsukuba (one of the old neighborhoods devastated by the tornado of 2012), passed away in the wee hours of the next morning. He was 42 years old.

Witnesses say that as Mr. Ueno was seated at one of the tables at Happiness, a man who appeared to be in his 40`s rushed into the establishment and then over to Ueno whom he stabbed 3 times with a large knife.

Other witnesses have reported that they had seen the same two men arguing about 30 minutes earlier at a different bar. 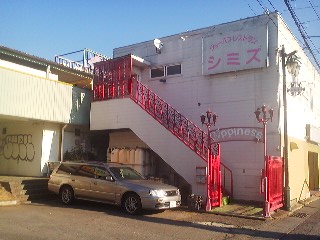 The killer, whom the police believe to be a member of a criminal organization (in other words- a YAKUZA), fled the scene in a gray coat and is STILL AT LARGE.

As Tsukuba awoke the next morning to cries of : “SNOW”!  Children hurriedly got into their winter wear and ran outside to take advantage of the narrow window of opportunity for making snowmen, having snowball fights, or riding a sled.

News of the murder spread quickly , however, especially by PTA initiated chain telelphone calls and emails. I didn`t see any children actually get called back inside because of the murderer loose. However, like the snow, anxiety did blanket our usually serene city.

I will keep you updated on this story. so keep checking.