Starting way back in the mid- 2000`s, the Tsukuba based band The TenGooz (of which I am a founding member) began informing its fans – in song- both at live performances and later on its cd`s, of how traditional rights and freedoms were being eroded in the U.S. under the administration of President George W. Bush.

I told audiences (yes, I am the front-man of the band) of how on a visit to the U.S. I had been asked to show some form of I.D. before I was sold a ticket for the train from New York to Philadelphia. It was an incident which had truly bowled me over- especially since I didn`t HAVE any I.D. on me at the time and couldn`t get on the train ! – about the state of things. I mean, imagine being asked to show identification when you buy a train ticket in Japan (or any other developed country).

I had also read several article in the New York Review of Books which described how certain U.S. government agencies were working on improving computer systems which could go through all telelphone and internet communications in the world searching for certain words or patterns. One of these articles informed readers that all the communicating going on at a particular time is referred to (by these agencies) as CHATTER.

I worked all the details of what I had read about- and experienced myself- into the lyrics of a song that I composed together with our brilliant bass-player Hase G (nee Nodoka Hasegawa). I appropriately called it: CHATTER

The song went over very well at our live shows- I especially remember one great Halloween gig we did for Tsukuba University students where the song was a hit.

Over the years, lots of people have talked to me about the song- its funky groove- AND its lyrics.

And then came the year 2013 and the Snowden Affair. So many people seemed truly surprised to hear that U.S. government was running programs to listen in on and go through the CHATTER created not only by enemies, but by its allies- and its own citizens, as well (though the whole affair could, of course, just be a very elaborate ruse to spread some sort of misinformation).

The only thing that surprised me about Snowden`s revelations was how surprised everyone seemed to be.

Long-time TenGooz fans contacted me telling me how the song was prophetic, though what I had done was only to put into lyrics what I had been reading about and experiencing. There was nothing very original about it- except for the fact that the TenGooz went out and actually sang about these things.

And since the time I had written the song, the NSA (National Security Agency) has become MUCH more proficient at its job of listening in on phone calls, reading emails, studying credit card statements and travel patterns- and through the GPS systems in our cell-phones:  the very paths we follow in our daily lives. According to Wire Magazine (the issue of March 15, 2012) this tremendous mass of data, which grows every second, will be housed in a huge, soon to be completed facility in Bluffdale. Utah.

So, once again, what I`m trying to say is that Snowdens revelations are not revelations- they are all things which have been reported on extensively over the past ten years.

I guess that these reports (by journalists of the highest caliber and integrity- NOT conspiracy theory mongers) were not as widely read as they should have been- and more importantly, our song NOT AIRED ENOUGH!

If you have not heard it, I have posted a link to it below- just under the lyrics. 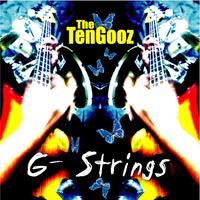 G-Strings: an album put out by the Tsukuba based band- The TenGooz. Its sixth track, a song called CHATTER, was an attempt to tell the world at large of programs runs by the NSA and other U.S. agencies which were trying to go through as much of our telephone and internet communication as possble- YEAR`S before the Snowden Affair!

Here are the words.

plying and sifting through all the data

they`re checking what I borrowed with my library card !

the real danger remains at large

while thousands are held without being charged

that we`re living in the Land of the Free…………

what was taboo is now fair game…….

we`ve got to show I.D just to get on the train

Trying to go through all the chatter

interrogators wanting to use more force

fly their prisoners off to foreign shores

that we`re living in the Home of the Brave

They`re trying to go though all the chatter

the voice of reason now restrained

while hate and fear are used to reign

GWB`s been a constitution bender

used a tragedy just to push through his agenda

taking away funds from arts and education

and spending it on better tools of devastation

that we`re the leader of the civilized world……………..

I`m the one singing. 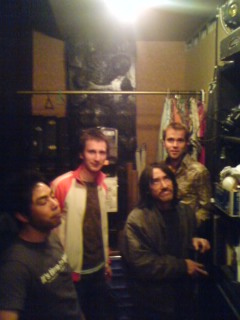