Some Thoughts on the Occassion of the First Anniversary of the Great East Japan Earthquake 11 March, 2012 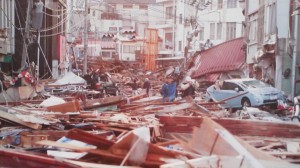 Just after the tsunami- in Miyagi Prefecture 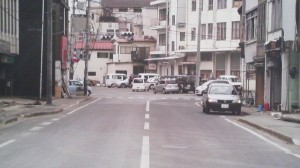 and a few months later- all cleared, but still reeking of rotten fish

One year already? – some have said. For me, though,  it feels as if the fatefull events of March 11th 2012 took place YEARS ago. Don`t misunderstand me. I am not trying to say that I feel as if those of us living here in Tsukuba have moved on, distanced ourselves from the disaster and achieved a full material and psychological recovery. It is just that for me this was a VERY LONG one year, in which each moment has had a special intensity and in which the world has been looked on with new eyes. In other words each week, each day, each minute seems to have stretched out.  That is why, when I look back to the time that the quake struck, in fact 365 days ago- it seems more like 5 years.

How do things look one year on? Well, truthfully- in the areas most heavilly affected by the tsunami, not very good at all. Clean-up and reconstruction work are moving along at what must seem like a snail`s pace to local residents ( who do not shy away at all from expressing their discontent at the situation).  The fact is that even here in Tsukuba, where we were not struck by a giant wave and were quite far from the epicenter of the quake, it seems that serious repair work is just getting underway at many sites ( though vital infrustructure and facilities were quickly fixed). If I gave you a tour around my block in the Town of Hojo ( in Tsukuba City) today, you would be able to see for yourself how little work has been done. I will pessimistically say that within the next ten years we will NOT be able to walk around this town without finding SOME evidence of the quake.

If that is what it is like here, imagine how long things will take to get `back to normal ‘ in the vast and isolated area hit by the death wave- at least a generation. 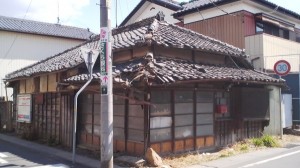 More than a year after the quake- a house in Hojo, Tsukuba

With all the red tape required for every little action in contemporary Japan ( i.e. just after the quake I was not allowed to join volunteer clean-up activities because they couldnt give me insurance), all the work that must be done cannot just be taken up on masse by the people as it was after the Second World War ( when nearly all of Japan was destroyed and two cities irradiated, as well).

But enough of the material situation ( though I should mention the dire financial straits which many people- not only those in the tsunami and radiation affected areas- are now in, and the great financial burden which the recovery process will place on everyone living in Japan).

How are we doing here psychologically one year after? Well, let me try to answer that question.

Obviously, in the hardest hit areas there are many who will never get over the horror of what happened. But even many of us who lived farther from the epicenter or even completely out of the quake`s range, have been greatly affected- changed, even. And it is interesting how different people reacted in different ways to what happened.

No, Japan is not as homogenous as it is made out to be!

As for me. as I have mentioned before, the quake has changed the way I view time. It struck home the fact ( which of course I had already known but did not LIVE) that you never know what is going to happen the next moment and that you SHOULD LIVE EVERY MINUTE TO THE FULLEST.

Though I dont seem to have learned from the past, as I STILL do not have any stocks of emergency supplies, or other useful anti-earthquake damage gadgets. Maybe I should go do some shopping first thing tomorrow. And I believe that the events of last year (and studies on what exactly happened and how the counrty was prepared for as well as reacted to it) will make Japan, which is always trying to improve itself, and any other country willing to learn, readier to face similar circumstances in the future.

Japan has experienced cataclysmic disasters in the past- more than once- and has always bounced back with a twist. By this I mean that devastation meant a good chance for reform. Often, in writing about Japanese history I use terms such as after the Great Kanto Earthquake, or After WWII. This is because after these events new cultural ERAS followed in the wake of disaster.

So I would like to end this little essay by saying that once again tragedy has helped to spur on rapid, radical change.

I am talking about the most surprising ( in its suddeness and scope) change to have come about as a result of last year`s multiple disasters- the imminent total abolition of nuclear power in the Japanese Archipelago. It will certainly be tough ( and more expensive) going before adequate amounts of electricity can be generated by other means, but I think that this is surely the RIGHT THING TO DO- especially in the only country in history to have been attacked with nuclear weapons. 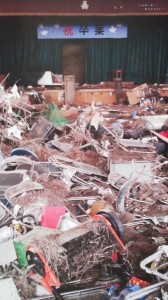 A school auditiorium which had been ready its graduation ceremony ( note the banner, top center) which could obviously not be held as scheduled

For those interested here is a song I wrote ( together with Nodoka Hasegawa- AKA- Hase G) which reflected the mood just after the quake:

And a song I wrote with Thomas Mayers about a tragedy which struck my hometown (NY) in September 2001. It also stresses the fact that you never do know just how your day is going to turn out. Its called Calm Before the Storm, and was recorded by the TenGooz: 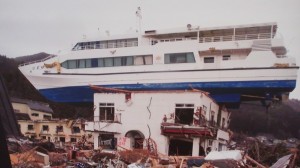