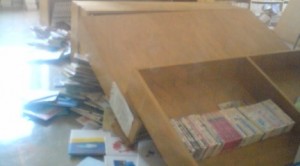 Though Tokyo ( and central Tsukuba) bear very few physical scars from the great earthquake of March 9th, anyone familiar with  Japan could not fail to notice the effect which the disaster still has, at three weeks, on the mood and atmosphere in these places ( and by that I mean anywhere in the Kanto Area)- hushed voices, grim expressions, dimmed lights, and plenty of sobriety. Concerts, exhibitions, shows, lectures, parties and other events have been put off. Most people who had domestic or foreign travel plans have cancelled them. Traditional festivals are not being held, and if they are, in extremely scaled down, almost unnoticeble form.

While these cancellations and postponements of events could be attributed to the gasoline shortage, the necessity of conserving electricity, and possible safety hazards still left undetected at larger venues, I think that this general change in lifestyle is more the effect of what the Japanese call JISHUKU [自粛)- the act of refraining from overtly joyous, showy or extravagant behavior, usually in deference to the suffering of others ( the term has been most notably used when  Emperors have been ill).

Now I hope you dont get the wrong idea from this expression and assume that  the Japanese are altering their behaviour due to public pressure, or because of the need to conform. The reality is that many who experienced the quake ( even in its much weaker form  in Tsukuba and Tokyo) feel that it is only NATURAL to be somber,  and still could not imagine celebrating, partying, carousing, or making a great show of  enjoyment. In fact, I cant imagine enjoying myself at all yet, at only 3 weeks after that terrible day in March. 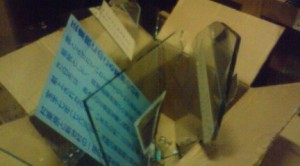 There are others it seems who feel differently. I have heard several people this week say- Enough JISHUKU! Its bad for the economy! Lets go out and spend money ( if we have any!). That will do the country more good than sitting around and moping!

A friend who knows ( from TsukuBlog) how interested I am in local festivals suggested that a group of us go to the ONZAGAWARI (御座替り) festival, one of the important annual events held at the Mt Tsukuba Shrine. I said that I really wasnt in the mood for it right now, and in fact, couldnt imagine that it was even being held. I later called the shrine and found out that I had been correct. The usually extravagant procession up the mountain would not be held ( though their would be a quiet inddor ceremony).

You can read what Ive written about this fascinating event here:

Interestingly, there is one festive and immensely popular event which commenced  on schedule and is helping get peoples minds  off ( for however little bit)  the dreadful situation here in Japan. Im talking about the Koshien High School Baseball Tournament, which can be seen on TV`s left turned on at numerous public places ( including banks, department stores, stations). Its interesting to see how people get caught up in these surprisingly well played and often dramatic games ( as you can tell, I love them as well!).

It  is mysterious how sports like baseball, which when you look at them from one angle are merely GAMES, with no real meaning at all can have such a deep and gripping psychological impact on serious adults. I have to admit that Im affected more strongly than most,and cant explain for the life of me WHY.

I cannot help but remember, how back in 2001, the still smarting and smouldering city of New York ( my home town) , got so caught up in the world series ( amazingly it seems that some were actually more scarred by the Yankees` heartbreaking loss, in seven games, than by the loss of more than 5,000 people and an iconic landmark).

I have written more on the Koshien High School Baseball Tournament Here: 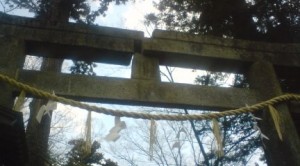 There are some types of ceremonies which have been held- mainly toned- down graduations ( though some were actually cancelled, and others marred by the fact that student due to graduate were lost in the tsunami), right after the quake in March, and in April the customary school entrance ceremonies- which should also be toned down compared with usual years.

So how long will , or should, the JISHUKU continue? Well, I guess it depends on the person. It will probably take a few months for me to get back in the mood for serious fun.

One thing that I will start to do however, is go back to writing about Tsukuba`s ( and Japan`s ) nature, as the coming of spring is spritually uplifting and symbolic of revival and renewal.

Most Japanese that I asked responded that it would take about 75 days( for those not directly hit by the tsunami) to feell that they could get on with life as usual. This is because of a well known Japanese proverb which says that that is how long it takes to get over a tragedy.

Oh, and one more thing that I would like to make clear- Japan is quite a large country and it seems that most people in the regions far from the areas directly hit by the quake, tsunami, balckouts and radiation never stopped enjoying at all! Of course they felt bad, but not THAT bad.

That means that if you are planning to be in Japan this month and would like to experience HANAMI, Japan`s unique cherry blossom parties, you should go to Kyoto, Nara, Osaka, etc, and not Tokyo. The usually baudy and raucous cherry parties of Tokyo`s Ueno ( a must experience for anyone really interested in Japanese culture)  will probably be solemn affairs this year.

I have written more about this truly important aspect of Japanese culture in this Tsukublog post: