The Gion Festival Season Has Begun! Its Gion Galore- and not only in Kyoto! (again) 16 July, 2010 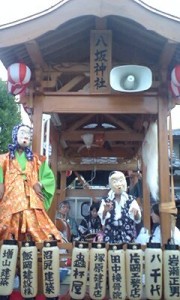 The Gion Festival in my neighborhood- Konda 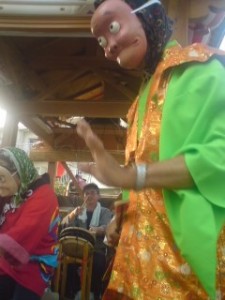 Hayashi dancing at the Gion Festival in Konda, Tsukuba (2010)

According to A. Takahashi’s impressively comprehensive TRADITIONAL EVENTS IN AND AROUND TSUKUBA website, there are  at least nine Gion Festivals taking place at Yasaka Shrines within and the Tsukuba City limits alone  this weekend , and about a dozen more Gion-sai of interest happening in the surrounding area. Since no machine has yet been invented which would allow me to be at all the events at once, and since I didn’t want to rush around  getting quick and superficial looks at the different matsuri around town, I decided to stay close to home and stroll down to my own neighborhood’s Yasaka Jinja (八坂神社) for a detailed examination of this weekends festivities.

As I have explained in previous articles, Gion Festivals originated in Kyoto in the 9th century as a way of trying to rid the city of summertime epidemics by appealing to the Gods enshrined at the Yasaka Jinja, Gozu Tenno (actually a Buddhist deity) and his native Shinto counterpart Susanoo no Mikoto. These early events must have done the trick, with their music and strange floats, because the same rites have subquently been carried out almost every year for more than a millenium, and offspring Gion-type festivals have spread from the ancient capital to all corners of the archipelago. 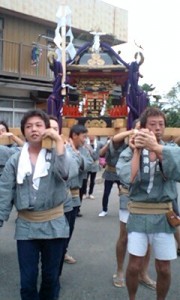 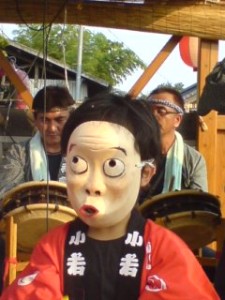 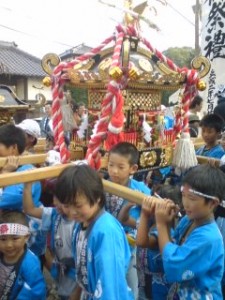 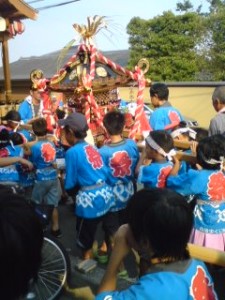 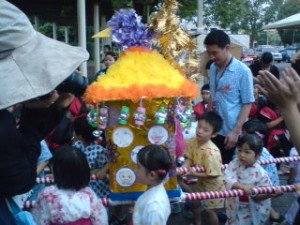 A Natsu Matsuri ( summer Festival) at a nursery school in Matsushiro, Tsukuba (2010) 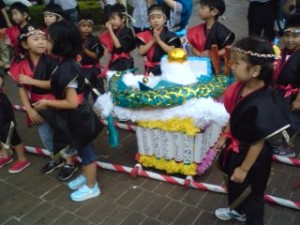 For many foreign residents living in Tsukuba, the most convenient Gion Festival to observe will begin tomorrow at the Yasaka Shrine in Onozaki- Just across the road from Ninomiya house! 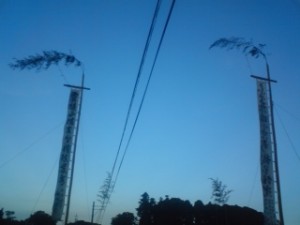 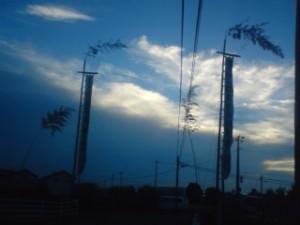 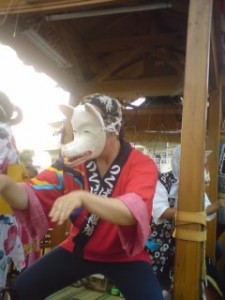