A Whole Lotta Lotus- Ibaraki`s Beautiful Lotus Blossoms and the Role of These Plants in Japanese Culture And History (revisited) 20 July, 2010 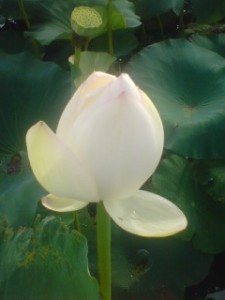 A lotus flower (hasu no hana) blooming near Lake Kasumigaura

Symbolizing man’s ability to spiritually rise up out of the muck, no matter how deep it might be, the flowers of the lotus plant look like jewels dancing over a sea of sprawling, gently green leaves. I’ve heard it said that there is an audible popping noise when the petals open in the morning, but numerous failed attempts at actually hearing this sound have got me thinking that that is just an urban legend. Anyway, if you live in Tsukuba or Ibaraki it would be a shame if you didn’t take a drive down to Kasumigaura for some lotus viewing, as this prefecture is the nation’s largest grower. 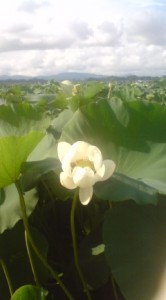 In Asian countries, especially India and China, every part of the lotus plant is eaten. In Japan the crunchy and beautiful roots are a very common ingredient, and the lotus seeds are made into sweets (though not very commonly eaten). As mentioned above, Ibaraki Prefecture is the number one producer at present, with much of the area around Lake Kasumigaura turned into lotus ponds. The use of nets, ostensibly to protect these fields, trap numerous birds which can make touring around the lake highly stressful. However, in this season, while the fields are full of greenery and the number of birds low in general (before the autumn migration), you are unlikely to find any trapped birds (the nets are also slowly coming down, the funding for them STOPPED, thanks to the efforts of the Kasumigaura Bird Rescue volunteers). 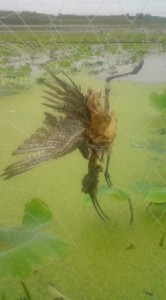 One of the nearer places for lotus viewing is across from Red Lobster (I mean on the other side of Tsuchiura Gakuen line). I park at the used car dealer’s lot. Look out for lots of waterbirds (there are no nets here). 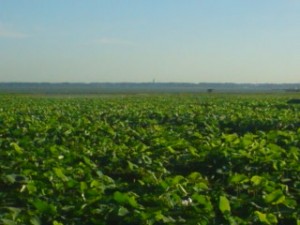 Lotus fieds in Kasumigaura-City ( July 2010) Can you make out the just visible form of the Ushiku Daibutsu (Great Buddha) across the lake?

Besides lots o’ lotuses, one thing you will notice is the ironically plastic lotuses around grave yards, left over after the O-Bon Festival ( which is in mid-August in Tsukuba). 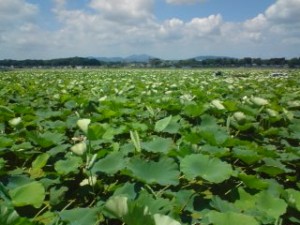 And for a song ( my original) inspired by the Japanese summer:

as recorded by the TenGooz