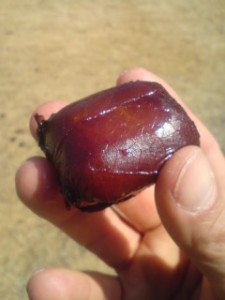 Mito no Ume- my favorite accompanient to plum blossom viewing 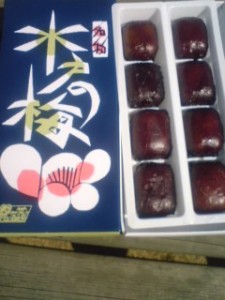 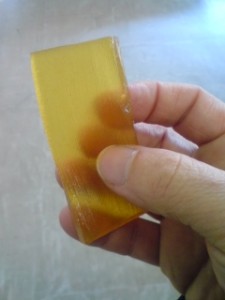 A strip of Noshi Ume

Both of these are available at Mito`s train station, department stores and tourist spots  at any time of year, but they most commonly eaten in this season, when so many people visit that city. 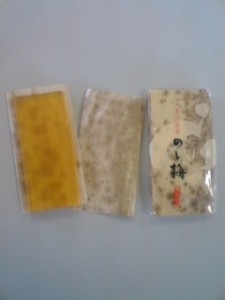 Let this posting be a lesson to anyone living in Japan. Remember- giving gifts is important. If someone has given yo OMIYAGE, you should probably reciprocate.

As an extreme example of OMIYAGE giving, let me tell you about the time I guided a group of elderly Japanese women ( in their 70`s and 80`s) to New York. At the airport on the way back home, the oldest lady in our group bought 50 boxes of overpriced chocolate  in packages which had a picture of manhattan on the cover. These were for each family in her village! The cost was well over what she had paid for the entire trip up to that point!

And here is one of the more interesting OMIYAGE I have recently received. This is from the town of Obama, in Fukui Prefecture. The company that produces these cookies is trying to cash in on the fact that the city`s name is spelled and pronounced in exactly the the same way as the name of the current American president. ( and by the way, a visit to Obama in Fukui is well worth it, for its old temples and shrines!) 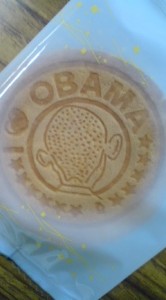