For the Typhoon Ondoy/Ketsana Victims in the Philippines 30 September, 2009 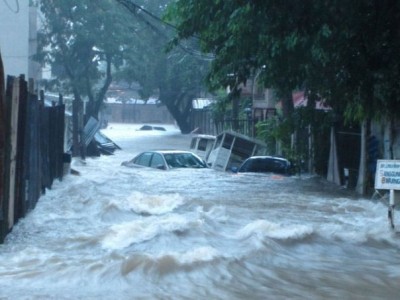 Dear friends, colleagues and co-residents, Pardon for the cross-posting but I felt it necessary to extend this minute effort of reaching to your compassion and benevolence for the victims of Typhoon “Ondoy“, code name Ketsana, which struck the capital of the Philippines, Metro Manila and its immediate tributary areas. On September 26, the calamity seem to have raided the city in great surprise, amidst weather agencies warning about its coming. Typhoon Ondoy claimed quiet a  number of lives already and left those who survived the onslaught, stranded, homeless and no food and drinks. As of press time, the death toll hits 246.

For those who want to give money/goods donations, you may course it though the Filipino Association of Scholars in Tsukuba (FAST). They are collecting money and goods for donation, which will be forward to the RED CROSS.

Other related blog posts on the web :

And if you visit YouTube, you would find lots of videos there to see how Typhoon Ondoy hit Metro Manila.

Thanks and be safe to all.