The Fascinating Evolution of Children`s Day (KODOMO NO HI) 4 May, 2009 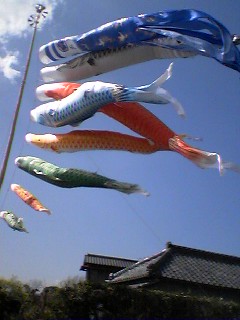 (It is interesting to note that the Chinese, and subsequently the Japane are fond of ODD NUMBERED days and months)