Eating UGUISU MOCHI In Anticipation of Japan’s Most Famous Sound of Spring 18 February, 2009 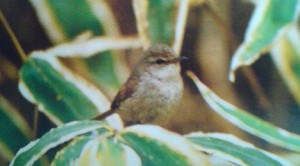 While the plum blossoms have burst open providing us with the encouraging SIGHTS and SMELLS of early spring, we have yet to hear the CALL, which in Japan has traditionally signalled the fact that spring has arrived in earnest — the cry of the male UGUISU (鶯), or bush warbler. The Japanese have long heard this distinctive chirp, which is actually a mating call, as HO-HOKEKYO (法 法華経), which also happens to be the name of one of Japanese Buddhism’s most famous sutras, The Lotus Sutra. Hear the actual sound here.

The sudden appearance of this melodic expression of avian yearning has been an inspiration for some of Japan’s greatest spring poems, though the bird itself is quite plain, with dull brown feathers, and is in fact a little difficult to spot. 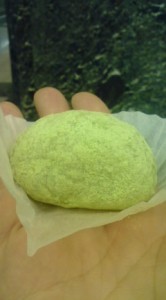 Since the Edo Period (1600-1868), the Japanese have anticipated the first calls of the bush warbler, which is often translated using the more poetic sounding NIGHTINGALE, by eating a traditional sweet (wagashi) called UGUISU MOCHI (鶯餅). These are slightly oval-shaped rice cakes, sprinkled with green soy bean powder and filled with bean-paste, which are meant to suggest, rather abstractly, the birds of famous song. For me, it is ironic, however, that the green soy bean powder (in the Edo Period green tea powder was actually used), makes the sweets more reminiscent of the beautiful MEJIRO, or Japanese white-eye, than of the dull colored bush warbler. Since few people can actually recognize the UGUISU by sight, I guess that nobody takes note of this . 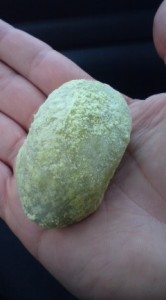 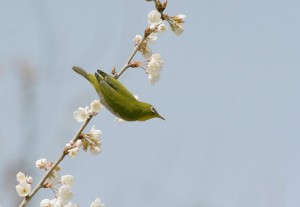 Uguisu Mochi will be on sale at WAGASHI SHOPS (traditional Japanese sweet shops) through mid-March. They can be bought individually, or as part of a set containing other early spring treats such as sakura mochi and yomogi mochi. This year I bought mine on the ground floor of Tsukuba’s Seibu department store at the HON-TAKASAGO-YA (本高砂屋) wagashi counter. 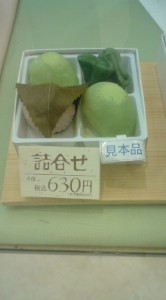 There is one more point I’d like to make. In Japanese culture there are certain traditional pairings of flowers and birds — with one of these being UGUISU and PLUM BLOSSOMS (梅にうぐいす ume ni uguisu). Because of this, the bush warbler and plum tree are often depicted together as a spring motif in Japanese arts and crafts. The fact is, however, that you will not very likely see UGUISU on a plum branch, as these these shy birds are usually taking shelter amid bamboo groves and woods. Within the next few weeks, however, you are more than likely to hear its famous call. 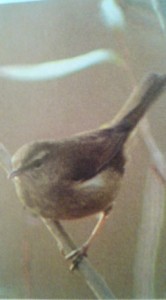