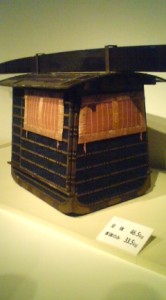 Though Tsukuba does have its beautiful boulevards, built in recent decades, straight, wide and conducive to speeding, the fact is that most of the roads in this city, and in the rest of the country as well (except for the northern island of Hokkaido), are maddeningly narrow, and often maze-like or winding. In the old neighborhoods of Tsukuba, it is not rare to have two-way streets down which it is nearly impossible for a single compact car to pass. You might have experienced the aggravation of suddenly having a car coming at you from the other direction, as you try to negotiate one of these gutter or wall-lined, alley-like conduits.

When you find yourself stuck in that kind of jam, hoping it will be the OTHER car that goes into reverse and finds some treacherous spot to back into, you can direct the curses you are surely muttering at the family responsible for this sad state of road affairs, the Tokugawas. It was during their 250 year domination of Japan (1600-1868) that the foundation upon which today’s transport infrastructure was established, and we live with the ghost of their policies everyday that we are in Japan. 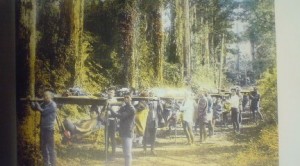 During the Tokugawa Period (also called the Edo period) a unique system of highways was established connecting all parts of Japan with Edo, the capital. Two of these KAIDO (official highways), the Tokaido and the Nakasedo, were among the busiest, or maybe even THE busiest  roads in the world at that time.  What made them very unusual was that there was ALMOST NO WHEELED TRAFFIC on these roads, and in fact most travellers, no matter how far their destination was, went by foot, or were carried by bearers in a KAGO (palanquin). The reason for this is that from the time of the Edo Shogunate’s founder (Ieyasu), the regime was obsessed with preventing  military insurrections. They believed that by keeping the populace on foot, and thus slow moving, while the government had all the riding horses, they would be able to keep ahead of any plotters, and keep the peace (there were also few bridges built). This means that the original roads over which many of today’s roads have been built were NOT DESIGNED FOR CARTS, CARRIAGES OR ANY OTHER VEHICULAR TRAFFIC. They were designed for pedestrians, palanquin bearers and cartless horses.

Another characteristic of that age, and one that harks back to earlier periods of Japanese history and even back to Tang China was that society was hierarchical, with a very complex system of  status gradation. Class, and rank within that class, determined the size of the house one lived in, the clothes and colors one wore, and HOW ONE TRAVELED (and just about everything else!) 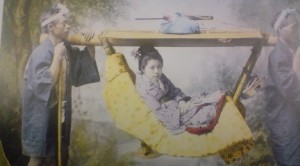 Of course, most commoners walked when they had to get somewhere. Even if they owned horses for farm work, they were forbidden to ride them, as this was a right granted almost exclusively to  certain warriors and aristocrats. If farmers traveled together with their horses, they would walk beside them.

Commoners who could afford it went by KAGO, though their social position only permitted them to take a kind of hammock, suspended from a beam, which was carried by bearers.

For the members of samurai families, and the nobility, KAGO were a much more elaborate affair, with the size, shape, and level of decoration determined by rank and sex (members of the Imperial Family used an ox-cart in Kyoto, and Ieyasu was given permission to ride in one once). These upper grade palanquins were called NORIMONO. 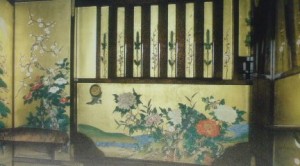 At present, the Edo-Tokyo Museum in Ryogoku is displaying a wide range of different KAGO and NORIMONO which were used in the Edo Period, from the simplest to the most fantastically elaborate. Located just next to the National Sumo Stadium, in a neighborhood reeking with the atmosphere of old Edo and with plenty of fittingly narrow streets and alleyways, the museum is well worth a visit, especially while a sumo tournament is on. Crowds of fans can be seen expectantly waiting for their favorite wrestlers to arrive while unknown rikishi, mingle with the crowd, giving autographs and providing good photo ops for anyone with a camera. 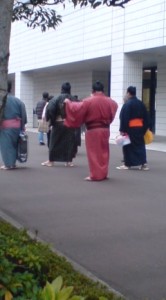 The exhibition itself is dazzling, despite being a bit unfocused. There are lots of palanquins, from the plain to the painfully beautiful, and plenty of paintings featuring them. There are also many other interesting items on display which seemed unconnected to the exhibition’s theme which is KAGO and NORIMONO. The main attraction, however can be said to be the many WOMEN’S  PALANQUINS, with their beautifully painted interiors, on display. 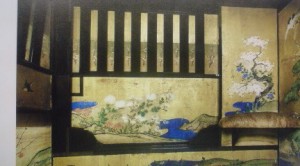 The exhibition will run for about 10 more days (until the beginning of February), and if you have a free weekday and an interest in Japanese history (or beautiful things in general) I would go see it. It’s only two stops from Akihabara on the Sobu line.

It’s a great chance to admire the GENIUS of Japanese craftsmanship, and to contemplate Japan as it used to be, which was an amazingly exotic place, even for today’s Japanese. (Why did Japanese wives blacken their teeth with a stinky metallic residue? There is a teeth blackening set on display as part of the exhibit. You won’t even find blackened teeth in Japanese historical dramas, even foreign made ones such as The Last Samurai. I guess its just something beyond the pale for ANYONE today.)

Here is some more info for those planning on going.