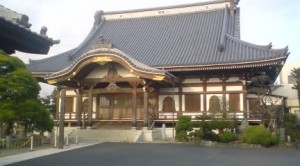 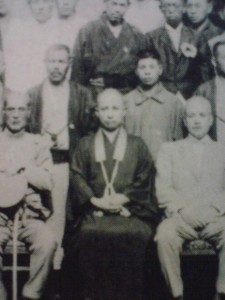 Jinryu-Ji, in Tsuchiura, is a Soto Sect Zen Temple which was founded in 1530. Within its precincts there is a memorial stone dedicated to consoling the the spirits of pilots who lost their lives training on, over, and around Lake Kasumigaura, along whose shores lay the Naval-Air Force, and later the YOKAREN flight training schools.  In the early years of aviation, accidents took a heavy toll on student (and experienced) pilots. 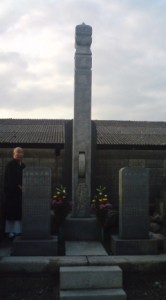 In 1925 (Taisho 14), Jinryu-Ji`s priest Akimoto Baiho’s dream of holding a national fireworks competition became a reality. He had been pushing for this idea as a stimulus to revive the sluggish local economy and as a tribute and consolation to all these fallen pilots (remember, this is LONG before WWII).

Considering this proposed purpose, it is surprising that the competition is held NOT by the lake, but along the Sakura River. This might be because, traditionally, the great fireworks events of Japan have been associated with rivers, especially the great Sumida River event(in Tokyo) which has been held almost every year since 1733.

Except for a pause during the war years, the Tsuchiura Fireworks Competition has been taking place every year(since 1925) and it seem to be getting more and more popular with each coming year. One reason for this is that most fireworks events in Japan are held in summer, while this one is in autumn. Thus there are no similar events(in summer there are thousands!) to compete with. Of course, there is also the quality of the event. Each year, fireworks fans can get a glimpse of each master’s latest creation. It is a two hour state-of-the-art HANABI extravaganza, and the pyrotechnist who takes first place has received the highest honor in his field.

Hanabi, literally means fire flowers, and in Japan that is traditionally what you got: whiiiiiiiiiiiiish- POW -cherry blossom, whiiiiiiiish-POW- chrysanthemum, whiiiiiiiiiish-POW plum blossom.The connection with blossoms is strong. In fact, fireworks viewing is considered by many Japanese to be a LIFE-CYCLE MARKER, along with cherry blossom viewing. By that I mean that many Japanese, every year of their lives, from childhood through old age experience these seasonal VIEWING EVENTS. In this way they measure the years as they pass by. Fireworks are also linked to cherry blossoms in that they both burst out in a fleeting moment of beauty which quickly fades away, symbolizing MUJO (the ephemeral nature of all things). In recent years, however, with the popularity of star mines, the competition has started reminding me more of the BIGNESS of an American 4th of July style firework bombardment. A barrage, as opposed to the dainty and delicate HANABI of the past.

It is interesting to note that in the mysterious flow of culture throughout the world, fireworks were actually introduced to Japan by Europeans. The Portuguese brought them here in the 1500s along with Western firearms. The first recorded instance of a HANABI event took place in 1613 and was sponsored by Tokugawa Ieyasu himself. 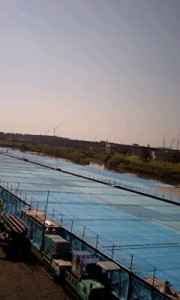 Today I went to check out the preparations for this weekend’s festivities. Laborers (including women and children!!!!) were hard at work putting up unsightly plywood boards to prevent viewers from crowding the bridge or occupying any roadside knolls. Things look very bad indeed, but they say it’s safer this way. The reserved seats (sajiki) have been set up and things should be fine as the weather forecast is very favorable.