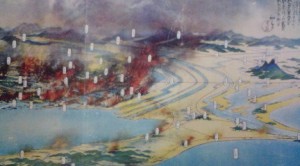 I don’t mean in any way to make light of this subject.  Though it’s been a long time since 1923, the Great Hanshin Earthquake of 1995, which had Kobe burning helplessly for days, and more recently the Earthquake in Niigata Prefecture (a few years back) which has left people living in shelters TO THIS DAY, show us that there is still a long way to go in terms of preparedness and prevention of death and destruction. I don’t want to seem pessimistic, but the BIG ONE WILL COME SOMEDAY. Sometimes it’s as if you can FEEL the pressure building up on the tectonic plates. It probably would be a very good idea to read up on how to prepare.

Before the disciplines of geology and seismology were introduced to Japan, there was a very CURIOUS understanding of the cause of earthquakes, which  has a STRONG CONNECTION to Ibaraki Prefecture. 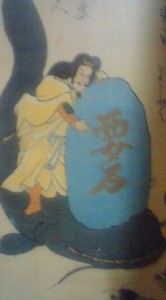