Whenever I head towards Tsuchiura by car or bus, I always look forward to catching a glimpse of the large flock of egrets (shirasagi,白鷺) which use the small grove of trees on the eastern bank of the Sakura River as their rookery. Especially in the breeding season (April and May), it is thrilling to see all the frenetic activity of the colony, even if for the briefest moment, as you drive by on the Tsuchiura
Gakuen Road (look to the north when you get on the bridge just past the route 6 underpass). I always worry about this egret grove (sagi no mori) in October, as the launching point for the famous and extremly crowded and noisy Tsuchiura Fireworks Competition is just a couple of hundred meters to the south. 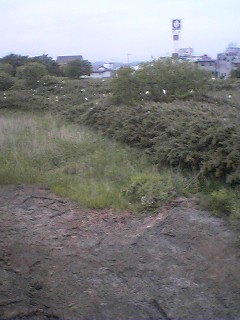 This year I have been concerned since spring, with this year’s breeding season being plagued by exceptionally unfavorable weather for the chicks. There have been week long strings of cold, wet and VERY WINDY days, undoubtedly resulting in the death of many young egrets.

To check up on how they were making out I asked a friend to stop and put on the parking lights as I had a longer than usual look at the birds. Much to my consternation, I saw a bulldozer and construction team working just next to the grove. 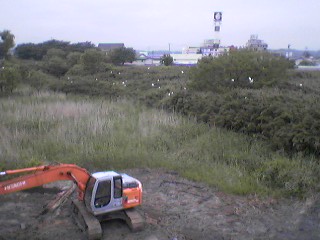 These are very shy and sensitive birds and usually flee when they are spotted from a hundred yards. Unfortunately, I could not go down (I had no time) to inquire as to what is going on. If someone can fill me in please do. Anyway, I will try to find out what is going on.

Haven’t these beautiful creatures been hounded enough? For centuries they have inspired artists (in Japan and on the continent), painters and choreographers, dancers, musicians and playwrights. 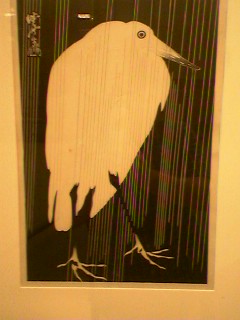 With loss of habitat due to development and especially the use of agricultural chemicals, the once UBIQUITOUS sagi no mori are a mere shadow of what they used to be.

Please go check on the birds yourself. but remember they are very sensitive so try to keep your
distance.