Three-Months Rule When Getting a Japanese Drivers License 6 June, 2007

Getting a Japanese drivers license can be one of the most frustrating experiences you encounter in Japan. The licensing bureau in Mito has all kinds of rules, some of which are reasonable and understandable, and others of which are… not. People often complain about how difficult it is to pass the driving test, but in fact, sometimes it is even hard to finish the paperwork to be allowed to take the test. 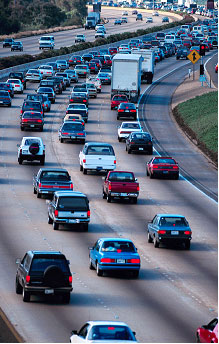 The best advice that I can give people who are struggling with this issue is to get started with the application process as soon as possible and assume that at least your first visit will be just a “reconnaissance mission”. That way, if you do succeed in getting your license in one day, you will be thrilled, and if you don’t, you won’t be too annoyed that you went all the way to Mito without coming back with anything to show for it. It’s all about managing expectations.

One of the tricky rules that holders of foreign licenses need to be careful of when applying for a Japanese drivers license is the “three months rule”. The basic idea is that you have to have possessed your drivers license for at least three months, and you must prove that you were in the country for at least three months after obtaining your license. (This can be harder than it sounds because most countries do not stamp the passports of their own citizens when they come and go.)

One question that often gets asked is whether the three month period has to be consecutive. So, for example, would it be okay for someone to get a license in Canada at the beginning of January, spend February and March abroad, go back to Canada for April, head out again for May, June, and July, go back to Canada for August and September, and then head to Japan and try to get a Japanese license based on that record in October?

It seems that at least one Tsukuba resident was able to get an answer to that question. In his post in TAIRA, a local mailing list for foreign residents, Asem says that he was able to get a Japanese license based on non-consecutive stays in the country where he got his original license. It seems that as long as you can show that you have had your license for at least three months and you have been in the country for at least 90 days in total (regardless of whether they were consecutive or not) after you obtained your license, you are eligible to apply for a Japanese Drivers License.

This may not apply to other prefectures, but this seems to be a clear answer for Mito — at least for this case.

So, to repeat, the moral of the story is to start the application process as soon as possible, especially if you will be seriously inconvenienced by not having a license, and to treat your first trip to the licensing bureau as a test run. If you keep both of those in mind, you should eventually be able to succeed at getting the much-coveted Japanese drivers license.

Read more about getting a Japanese drivers license on the Alien Times site.