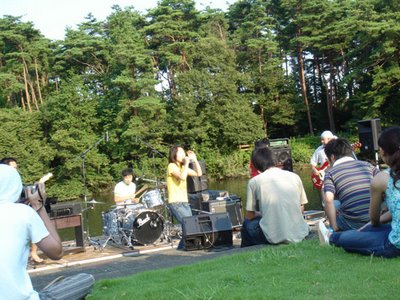 i just think that this is sooo… cool. i was riding my bicycle in the university one lonely day when i chanced upon this amateur rock band performing near the pond. there were only about 11 people (including myself) in the audience but the band gave it their all, sweating under the noonday heat and belting out song after song. i was just as impressed with the set-up which even had amps, and a sound control booth.