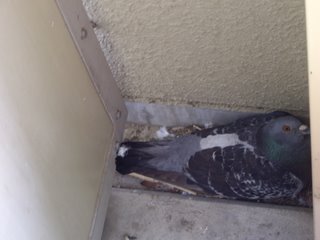 I live in Ichinoya Minami Dormitory and as such, have to dwell with its inhabitants: a full mixture of Japanese, Brazilians, Americans, Chinese, Koreans, Latinos, Africans and… pigeons!!!

Everybody hates the pigeons!!!

If we leave the kitchen windows open, it is not unlikely to find some of those creatures wandering over the table, eyes wide open, leaving feathers and other unwanted detritus everywhere.

They wake us up too, and this happens overly often and overly early!

Last summer I was facing my own hell as a first year graduate student at Tsukuba, which translates as staying awake all night, trying to understand gruesome equations and finish unsolvable “shukudais”.

As some of you might have noticed, summer in Tsukuba is too hot and full of bugs.

If I was to study in my room, I had to face the following trade-off: I could let the window open, to withstand the heat, but the bugs would eat me alive when I went to sleep. Alternatively, I could leave the room inaccessible to the bugs by closing the window and work inside a sauna.

My choice, thus, often involved moving to the collective kitchen so that I could protect my room from bugs and leave the kitchen’s windows open.

By that time, there was nothing more irritating than to hear a couple of pigeons that decided to set their nest right in the kitchens chimney. Everyday, at around 4 a.m, when I was already exhausted and frustrated, they started to make noises!

And I know very well what was happening there!!!

The sounds were very easy to identify! Those pigeons were making love, having a good time, while I could not be more miserable!!!!

This summer, I found out that one pigeon has laid eggs on my veranda!

A friend of mine previously had the same experience. When I asked him whether this bothered him and what he was going to do, he replied:

“This is just like when your teenager daughter gets pregnant. You don’t like the situation a bit, you can be angry, complain, whatever, but in the end, you have to help!”

That pigeon, I thought, has more rights to the varanda than me. While I am a guest in this country, she is for sure a fully-blooded Japanese pigeon. She deserves that varanda more than I do!

Since then, I have been protecting the nest from the rain and trying not to make noise, so as not to disturb the mama pigeon!!! 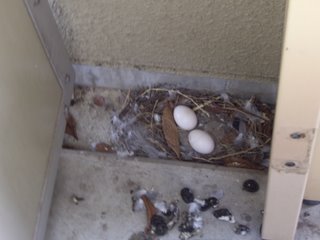 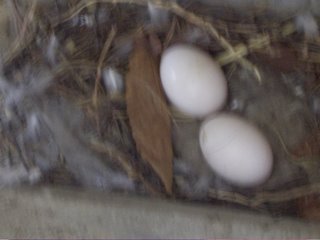